Who is the Wife of Dinesh Lal Yadav Nirahua 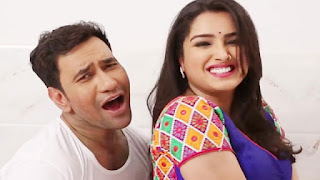 Dinesh Lal Yadav Nirahua is the most popular Bhojpuri personality in the contemporary times. He commands huge fan following in Bihar, Eastern UP and Jharkhand. He is affable, humble and soft spoken person which only adds to his popularity.In this context, it is nothing short of a paradox that there is complete ignorance about personal life of Nirahua.

The name of his wife has always been a matter of speculation over the social media. There is absolutely no doubt that Nirahua and Amrapali Dubey are successful on – screen couple. However, that doesn’t mean that they are married. Unfortunately, many believe so.

Further, to counter the claim of Amrapali Dubey, a new theory is also being run over the social media. That Dinesh Lal Yadav is married to Pakhi Hegde, the beautiful actress with whom he had worked in Nirahua Rickshawala. This is also not true.

Dinesh Lal Yadav is actually married. He had tied the knot at the age of 22 years – in 2001. At that time, he was not a star. He was married in a low – class family.

The name of Nirahua’s wife is Mansha Yadav. She is a simple woman who has absolutely nothing to do with the world. For her, life is all about her family and immediate neighbors. You can say that she is something like Daya of Tarak Mehta Ka Oolta Chashma (SAB TV Serial).