Ashwini Vaishnaw, IT Minister, in LS on 'Pegasus Project' 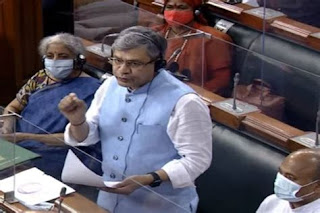 A highly sensational story was published by a web portal last night. Many over-the-top allegations made around this story. The press reports appeared a day before monsoon session of Parliament. This can't be a coincidence: Ashwini Vaishnaw, IT Minister, in LS on 'Pegasus Project'

Credible international publications have claimed that some govts including India have used #Pegasus to spy on citizens. The IT minister has as good as admitted in Parliament that the govt uses Pegasus. If the govt has nothing to hide, why doesn't it order a probe? : Dr Shama Mohammad