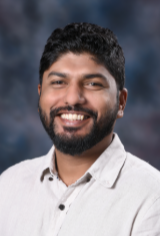 Bipin Sasi born in 1983, is best-known as Indian journalist of his generation, he is also a techie  trying to fight fake news with Digital footprints and facts ,. During times of global crisis, people rely on quality journalism to stay informed and safe. His effort is to help journalism thrive in the digital age .

He has a degree in computer science , he was appointed consultant Editor of Intelligent India to drive the digital footprints of the weekly Indian Magazine.

He work with different culture , different technology driven people to solve the problems of business and associated process. He live the digital culture accomplish the business Technology commitments for the news industry.