CBSE has released official announcement to re conduct exam

DELHI: Students across the country are terribly upset with the news that the CBSE has ordered the re-examination of the Class XII economics and Class X maths papers after both papers were leaked ahead of the exams.

Across cities -- from Bengaluru, Goa, Guwahati, Chennai and Kolkata to Bhopal and Patna, among others, students are furious they will have to take the exams once again even though the leak was limited to the Delhi region.

On Thursday, parents and students in several cities protested against the CBSE’s decision. Online petition have already started doing the rounds on social media vociferously slamming the board’s decision.

Delhi Police has detained a man named Vicky who runs a coaching centre in Rajinder Nagar in relation to CBSE paper leaks which forced board to order re-tests of class X maths and Class XII Economics papers. Media reports stated that Vicky is the kingpin of the operation. As of now, he's the main suspect. The police are also carrying out raids in Rohini, Dwarka. 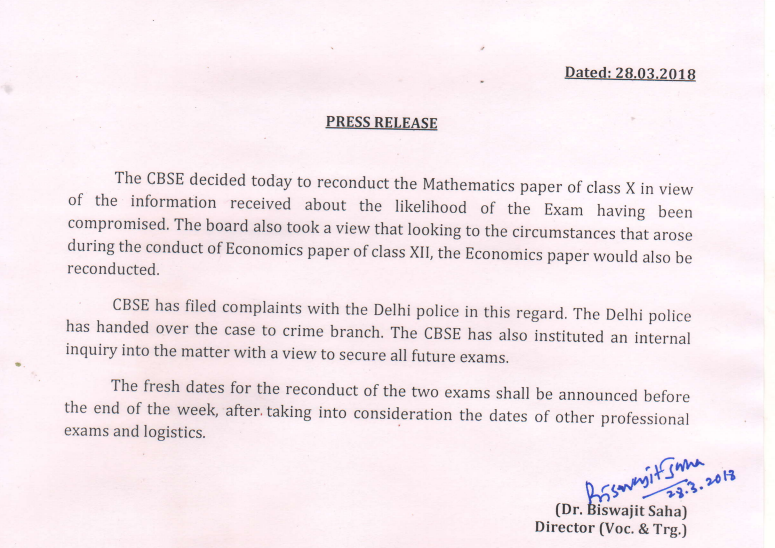