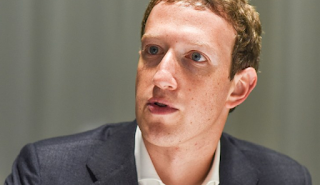 Facebook, Inc. FB has received another blow amid the fiasco related to the Cambridge Analytica data breach incident that impacted the 2016 U.S. Election results. Most recently, Apple’s AAPL co-founder Steve Wozniak declared the deactivation of his Facebook account pertaining to the data scandal that has left users’ personal information at stake.

Notably, Wozniak will be another influential person to join the #deletefacebook campaign that was initiated by WhatsApp co-founder, Brian Acton, via a tweet requesting his followers to delete Facebook. Also, Tesla, Inc.’s TSLA billionaire co-founder, Elon Musk’s decision to delete the Facebook pages of both Tesla and Space has been a major headwind for Facebook. The data privacy and security issues on the platform were criticized by Apple’s CEO, Tim Cook, as well.

Furthermore, the Indonesian government has warned the social media platform that if any allegation related to influencing the upcoming election results surfaces against the company, the application will be stopped in the country.

This alleged data misuse scandal not only compromised the personal data of around 87 million users but has also taken a toll on Facebook’s share price movement. The company’s shares have lost around 7.8% since the news went viral on Mar 19.