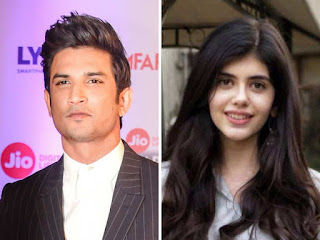 MUMBAI: Sushant Singh Rajput has been accused of sexual misconduct by his "Kizie Aur Manny" co-star Sanjana Sanghi. In his defence, the actor shared screenshots of their SMS conversation and called it a "smear campaign".
Sushant on Friday tweeted snapshots of his conversation with Sanjana from the first day to the last day of the film's shoot, and captioned it: 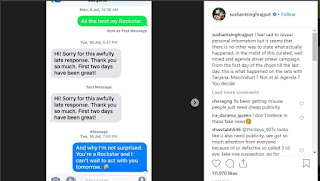 Sanjana has accused the 32-year-old actor of behaving inappropriately on the sets of the movie, saying he made her feel "uncomfortable" with his "overly-friendly behaviour" during the shoot in Jodhpur.
Labels: ENTERTAINMENT Sushant Singh Rajput