Bengaluru’s IT sector loses about $3.5 billion annually — 7% of its revenue — due to its techies’ unhealthy lifestyles. 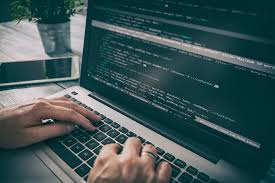 Bengaluru’s IT sector loses about $3.5 billion annually — 7% of its revenue — due to its techies’ unhealthy lifestyles. A study of 500 employers by RedSeer Consulting found that physical inactivity and emotional and mental health accounted for half of the city’s productivity losses. People in the age group of 30-40 contribute to 42% losses as they are more susceptible to ill-health, substance abuse and emotional health issues. On the other hand, poor diet is a major concern for younger techies. Companies can stem the losses by joining hands with providers in the fitness and well-being space.


The reason of bad mental and physical health is not only the cause of poor food habits and lifestyle. It's the work hours too. In India common work hours are 9 then another 2 hrs a day on an average in travelling, that does affect the life of a employee and its not only techies its all across the professionals. Other countries have 6-7 hours of work time on an average thus productivity is higher. The goal should not be working long hours but working less and being more productive. Its high time companies start realizing the fact. One of the IT Director told news desk that " There has to be a law in India which calculates the travelling time to office as part of office hours. This will be a forcing function to give more options for remote working and put pressure on civic bodies to make public transport more efficient."


The poor infrastructure in metro cities is a major problem which increases the travel time to office. Considering the number of IT companies in Bangalore the infrastructure is really poor. There has been several jokes on Silk Board traffic one of the popular square in Benagaluru.


Many IT companies realizes the fact of work life balance of their employees. They even constitute wellness clubs , Gyms , Sports area in office but that is all not a part of their daily life.

In India, WHO estimates that the burden of mental health problems is of the tune of 2,443 DALYs per 100,000 population , and the age-adjusted suicide rate per 100,000 population is 21.1. It is estimated that, in India, the economic loss, due to mental health conditions, between 2012-2030, is 1.03 trillions of 2010 dollars. Psychology, philosophy, mindfulness should be part of the school curriculum instead of subjecting the children to social peer pressure on determining what their way of life should be. With the advent of massive Internet penetration in the country, social networks might be detrimental to mental health with excessive usage as suggested by the recent studies. With constructed photographs on Instagram, Facebook one might be subjected to think their friends, peers are more happier, popular & wealthier; though 'Generalized friendship paradox' by Scott L. Feld states that on an average that could be true, IMO it doesn't mean that one should determine their quality of life based on others. We need a country wide program to improve mental health on the scale of Swachh Bharat Mission.
Labels: Bengaluru IT Sector Mental Health TRENDING
Location: Bengaluru, Karnataka, India